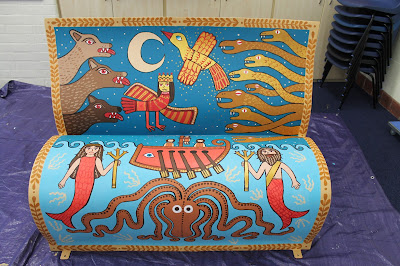 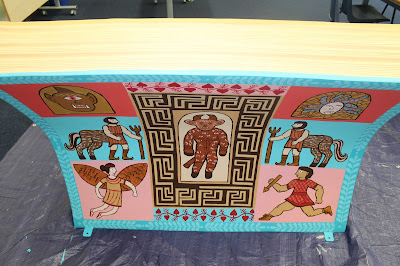 In May I was very lucky to work with some talented year 5 artists from Colmore Junior School on their Big Read Book Bench for Wild In Art. During our planning meeting I discovered they liked fantasy and magic themed books. They were also good at drawing mythical creatures so that's how the theme for their bench came about! They draw some excellent pictures of Minotaur, Cyclops, Hydra, Medusa and even a Siren with a boat of unhappy sailors.

With help from their teacher we planned what would go on the front and back of the book bench. I sketched out rough guidelines and the children then worked in small groups to draw their characters onto the bench. I mixed a selection of colours inspired by ancient Greek ceramics and the children chose which ones to use. First they carefully painted the backgrounds using two coats of acrylics. 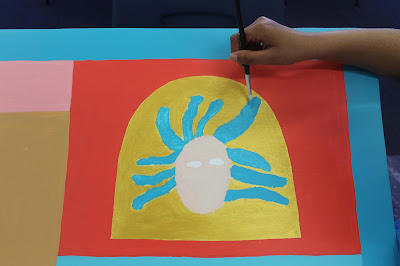 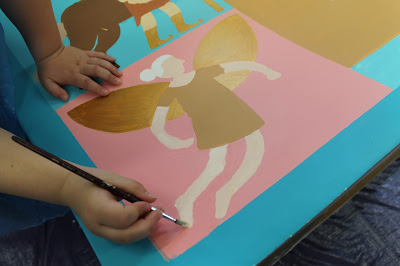 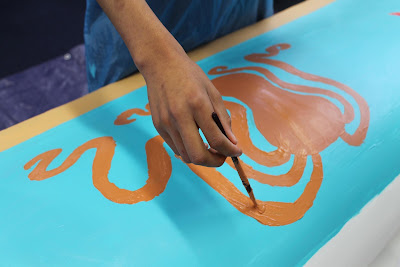 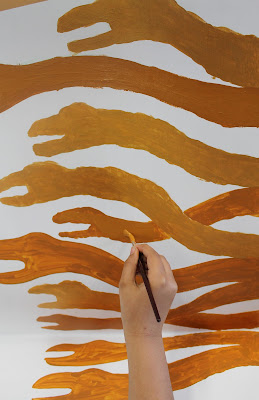 It was a difficult job and took a long time to do properly but I was very impressed with how patient the children were and how hard they worked. Once the first two coats of paint were done the children drew on the detail before meticulously painting it with small brushes. 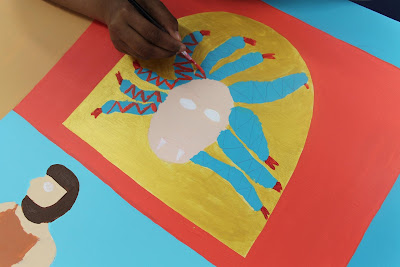 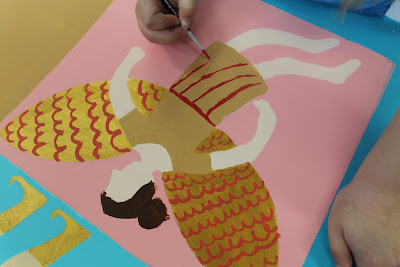 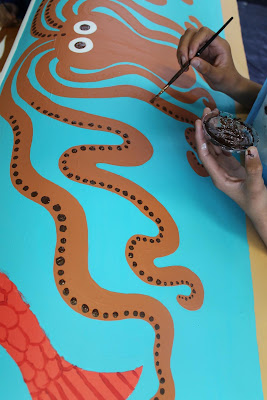 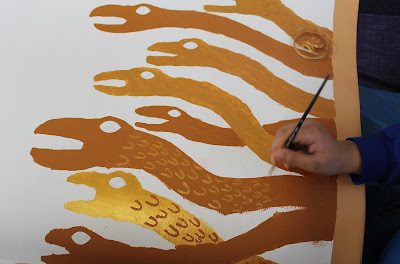 I worked with the children for almost a week and it was exciting to see the book bench slowly coming together. While they painted their characters I was able to fill in the background. Once those were complete I added some extra details, outlines and patterned borders. It was a good team effort and I really enjoyed working collaboratively with the children. They had some great ideas and it was great to involve them in so much of the process. 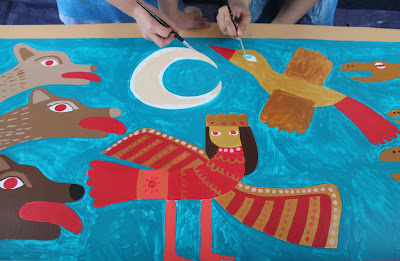 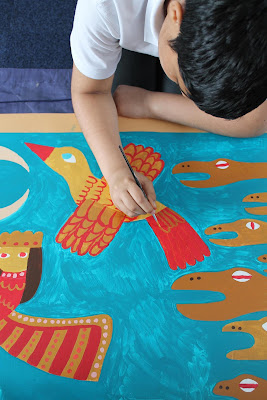 Their finished book bench is now part of the Big Read Trail and is on display at the Birmingham Museum and Art Gallery until September when it will be returned to Colmore Junior School.
Posted by karoline at 07:30 No comments: